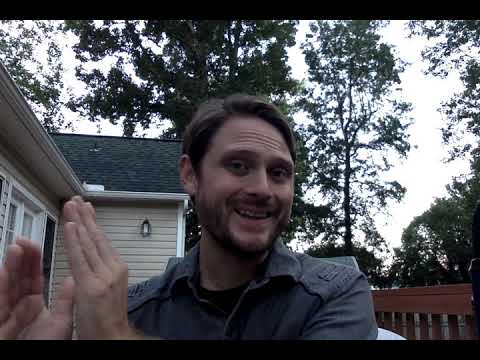 Hey, how’s it going? Hey, it’s Scott Johnson here at the Property Preservation Project. It’s a beautiful morning here in Greenville, North Carolina. Yeah, it’s actually really gorgeous out here. The past few days it’s been cool in the morning, but then, yeah, in the afternoon it gets like 90 degrees. And I don’t know about you guys over there in Texas. Well, Texas actually is pretty muggy too, but in the desert areas, like New Mexico, places like that. But over here it can be 90 degrees and it feels like it’s 110. It is ridiculous. And then you walk out, you’re like, “Gasp,” can’t breathe. It’s freaking crazy.

Now, what I want to do is relate that to investments and finding them. In Rich Dad Poor Dad, Robert spoke of a seminar that he went to. It was a three day seminar, paid 300 bucks for it. And they still have those today, they are fantastic by the way. But, of course, there’s an upsell at the end, but the information is good. Regardless though, that’s neither here nor there, Robert says basically after he went through the course, the instructor said, “Okay. Now that you’re done with our class, your real education begins. Your homework is to look at 100 properties in the next 90 days.” Okay, that’s 100 properties in the next 90 days, and that they could not buy one property in Greenville until they’ve looked at 100 properties and analyzed them.

Why did they do this? Because you look at 100 deals, 10 of those may work, they may be good, and one of them will be a solid investment. Now flip that a little bit backwards because let’s say you’re going through just buying up properties. I’m sure that you probably have bought maybe two, three, four properties. Well, the same thing works for the quality of those properties, so 10 properties you buy in Greenville. Out of 10, about two of them are going to be complete dogs. Five of them aren’t really going to do much, and then the remaining are actually going to be really good.

Again, these things vary, but the main point is this, the 100, the consistency. A lot of people look at a couple of properties and then be like, “Oh my God, this is so hard. I can’t find anything. There’s nothing out there.” That’s complete garbage. There’s plenty out there. The question is, do you have the fortitude and tenacity to keep going and keep reviewing deals until you find something that is going to be good?

All right, so moving through those 100 deals, that is key. and that’s one thing that we actually do not for you, not for you, because you still… Even though we have certain deals or contracts that will work well, they’ll cash flow, they got good capital gains, whatever, you still need to look at those deals, analyze them and make sure that they meet your goals and your needs. Right? Just making sure. Just making sure you know that we’re not doing all that work for you. You still need to do it.

And one of the best ways you can do that is to use the sales funnel: look at 100 properties, of those 100 you’re going to find 10 that may be interesting, and then that one is going to be a rock solid investment.

If you guys have any questions about the sales funnel definitely reach out. I hope that helps. It will help you in any place in your life. Let’s say you’re looking for a wife or a husband, talk to 100 people that you may be interested in, 10 of those may be all right, and then one of them bing bing, you’ll be good to go. Hopefully it doesn’t get to the 10 rule where you marry 10 people, five of them don’t do much, the other two… Whatever. We’re going to move on from that.

Anyway, have a great day, guys. Appreciate y’all listening in and I’ll talk to you soon.