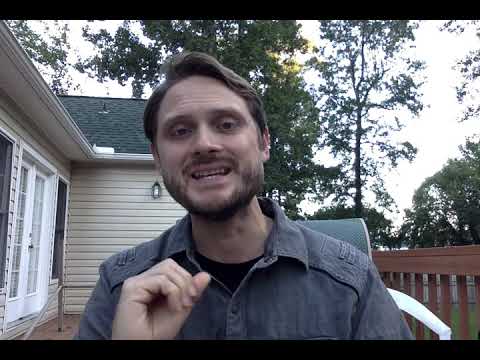 Cure For The Fear Of Failure

Hey, everybody, I’m recording this one on the same day as the last one just because it is so beautiful out here, and I would prefer to just sit here and do this because I love beautiful weather and I love to talk. Hmm. Yeah. So, anyway, just wanted to talk to you guys a little bit, building off our last conversation, the sales funnel, I wanted to build off of fear, right? When it comes to sales and even getting started in investing, let’s say you are a new investor, you don’t have that track record yet. You haven’t built up the bravado as of yet in the field. Well, the big thing about fear is that fear is cured by action. Now, a lot of people can start looking into this. I see it all the time. I’ll go to a convention of some sort and someone says, “I’m a new investor and I can’t wait,” and they’re so excited.

If You’re Afraid Of Something, Do It!

But then all of a sudden I hear about them later on and they’re not doing anything or they are too scared or they hit analysis paralysis, which we can actually go over a little later, too, analysis paralysis. But anyway, if you are afraid, if you are a bit fearful of getting started or even looking at the property, or even going up and asking a prospect, “Hey, are you looking to sell your house?” Or, going and just taking a look at a property that you’re going to rehab, right? If you’re afraid of that, action cures fear, that’s it. Action cures fear of failure. So if you’re afraid of something, then you do it. I kind of make a point of doing it.

I’m actually afraid of snakes. Snakes creep me the heck out. So, we were over at our church last Halloween, at a petting zoo at our church at St Peter’s, and there was a giant boa constrictor there. I said, “I am deathly afraid of snakes, so put that bad boy on.” Right? And it was creepy, my skin was crawling the entire time. It was like really weird. But, the point is, I’m going to continue to hold snakes until I am actually used to them and actually like them. That’s just my thing. Am I going to get one for a pet? Probably not, but that is… So fear is a curable thing, okay? It’s not something that should keep you from reaching your goals because in reality, what’s more important, reaching your goals and giving your family the life they deserve by purchasing real estate investments and providing cashflow, capital gains, or just crunching up into the fetal position in a corner and a screaming, “Mommy,” the whole time. It doesn’t make sense. All right?

At Least You Did Something

There’s no reason for you to be afraid. Getting out of your comfort zone is going to help you tremendously. Like Henry Ford said, “Failure is simply the opportunity to begin again, this time more intelligently.” I wish I had a copy of Rich Dad, Poor Dad with me. There’s a fantastic quote in there. Basically, the one quote that hit me deeper than any quote in the book was something Robert’s poor dad said. So if you’ve read the book, after they were done casting nickels out of lead, which is completely illegal because they were learning ways to create money, right? They’re… Robert’s father sat him and his friend, Mike, down on the front porch and told them, “Hey, this is illegal.” And then when he was walking away they said, “Well,” Robert and Mike said, “I guess we’re never going to be rich.” And his father turned around and said, “Listen guys, you’re only rich if you give up. Most people just sit and talk about doing something. At least you did something. Like I said, keep going, don’t quit.”

I mean, it’s not an exact quote. I probably butchered the hell out of it. But that’s the one quote in that book that has kept me going. It helps me realize that no matter how many times I screw up, no matter how many prospects, say, when I’m talking to them and I make offers that they’re like, “What? That’s garbage. What are you talking about?” And they get all pissed off. In fact, I had one yesterday. Pretty interesting. But we always end on a cordial note which is really cool. I’ve only been hung up on like once, but anyway, back to fear.

Basically, as long as you keep doing it, the thing that you fear, you’re going to get over it. You’ll smother out that fear of failure. And even if it’s getting started, getting started can be a scary thing, too. Coming to us and saying, “Hey, listen, I’m looking for a property. I’m looking for a deal. What have you got?” That can be freaky because there’s a fear of the unknown. You think, “Well, maybe I won’t make a good decision. Maybe I’m going to lose a bunch of money.” The future is unknown and just a heads up, precursor to investing. You’re going to lose money, period. You are going to lose money. While you are learning, you’re going to lose money. The question is, how are you managing that risk and how are you keeping yourself from losing a lot of money, right? Like if you go balls to the wall and you put in all of your life savings into one property, cash, and the market tanks, well then guess what? You’ve exposed yourself to the market and it’s officially going to go down.

But, oh, we could talk about leveraging too. That’s a really good one, because if you leverage and you actually have a bank loan for 80% and you only put in 20%, then when the market goes down, you don’t lose as much money… Anyway, that’s for another videocast. My action step for you, guys, today is, if you guys are looking for a property or looking for an investment, looking for a flip, take action, reach out to us and say, “Hey, listen, what have you guys got? I’m ready to go. I’m ready to start analyzing things.” Because action cures fear. Have a great day, guys.